1. Luke Skywalker was almost a girl

A long time ago (January 1975, to be exact) a fledgling screenwriter named George Lucas was working on the second draft of an epic sci-fi space opera he called Adventures of the Starkiller, Episode One: The Star Wars.

Of the many, many problems with this clunky script that would eventually become Star Wars: A New Hope, one that seemed easily fixed to Lucas was the serious lack of female characters. So, Lucas did something radical: rewrote his story’s main character, Luke Starkiller, as an 18-year-old girl. At least one concept drawing by artist Ralph McQuarrie exists of this short-lived gender swap, but a few months later, with Lucas’ next draft, Starkiller was a boy again.

Too bad… Star Wars could probably use a few more female voices.

2. Yoda was almost a monkey in a mask

Next time you complain about the goofy CG Yoda from the prequels, consider the alternative: the spiritual center of the Jedi order was almost a real-life monkey in a green mask carrying a cane.

Luckily, there was a monkey expert on set to throw a banana peel in this plan’s tracks. One of the crew who worked with apes in 2001: A Space Odyssey quickly pointed out, “Look, the monkey’s just going to pull off the mask over and over again. It’s never going to work.” The team soon enlisted Muppet master-crafter Jim Henson, who suggested casting Frank Oz (formerly the voice of Miss Piggy) to bring Yoda to life.

Bonus fact: According to the early “Starkiller” drafts of the movie, Lucas wanted to call Yoda “Buffy”.

The original ending of Return of The Jedi has Luke assuming Darth Vader’s role as evil Galactic enforcer, and Han Solo dying in his heroic raid on the Death Star. Harrison Ford probably would have been fine with this. Ford was famously snippy about Lucas’ script (“George, you can type this ****, but you can’t say it.”) and in a 2010 interview he waved off his iconic character as “Ham Yoyo”, stating he was officially “done with him”. Time makes fools of us all.

4. The Emperor was married to King Kong

Well, in a manner of speaking. When Emperor Palpatine first appears as a hologram in The Empire Strikes Back, the person under the black mantle and facial prosthetics is not Ian McDiarmid, who played Palpatine on screen in Return of The Jedi. It’s not a man at all: the first Emperor we see is actually Elaine Baker, then-wife of Star Wars makeup designer Rick Baker. As Gizmodo points out, Rick Baker once donned the monkey suit in the 1976 King Kong remake, so we can technically say that Emperor Palpatine and King Kong were legally wed. (Just try not to imagine their children.

The famous floating text that opens A New Hope may have been one of the greatest special effects achievements in the film. As Mental Floss points out, the text was filmed practically “by carefully placing 2-foot-wide die cut yellow letters over a 6-foot-long black paper background with a camera making a slow pass over them to mimic the crawl.” What’s now a default option on filmmaking software took LucasArts three hours to capture.

6. The trash in the Death Star garbage compactor scene was REAL

Apparently, the smell was so bad that Mark Hamill burst a blood vessel from trying to hold his breath, and the camera angle had to be adjusted for the rest of the scene so as not to show his injury. As for Peter Mayhew’s yak-hair Chewbacca suit? It reeked for the rest of production.

Bonus fact: At the start of A New Hope, Chewbacca is 200 years old.

7. It took four men to portray one Vader

How do you capture a presence as big as Darth Vader? Cast four men. The on-screen body of Vader is six-foot-five bodybuilder David Prowse; his stunt double for action scenes is professional fencer Bob Anderson; the voice of Vader is the great James Earl Jones; and the de-helmeted face of Vader in Return of The Jedi is Sebastian Shaw.

8. “I am your father” was the best-kept secret in film

Lucas kept the twist ending of Empire so well guarded, he even wrote fake text in the script to throw the actors off. During filming, David Prowse (whose voice was later dubbed by James Earl Jones reciting the actual line) yelled to Mark Hamill: “Obi-Wan killed your father!” The cast and crew thought this was the real line – only Hamill, who had been told the truth about Vader moments before filming the scene, knew otherwise. If the secret leaked, it would all come back to Luke.

Bonus fact: Of course, if you spoke Dutch or German, you’d already know by A New Hope that Darth Vader literally translates to “Darth Father.”

9. It took seven men to portray one Jabba the Hutt

Named by some as the most expensive puppet in the world, the US$500,000 Jabba the Hutt model required seven people to bring to life: “Three puppeteers were inside: one controlled the right arm and jaw, another handled the left hand and jaw, tongue and head movements, and both of them moved the body; a third person was in the tail. Outside, there were one or two people on radio controllers for the eyes, someone under the stage to blow cigar smoke up a tube, and another working bellows for the lungs.”

In less expensive news, Kenny Baker, the man destined to live inside R2D2, also donned the bear suit to play an Ewok in Return of The Jedi. He plays Paploo – the enterprising Ewok who steals an imperial speeder bike.

Bonus fact: The word “Ewok” is never mentioned once in the original trilogy (though they do get a credit at the end.)

11. The Ewok’s anthem has a classic rock connection

The final victory song sung by the Ewoks at the end of Jedi was written by the same dude who wrote “Africa”: Joseph Williams, lead singer of Toto and son of legendary composer John Williams. I guess it rains down in Eeeendoooooore…

Bonus fact: In other surprising composition news, the Cantina music featured in The Force Awakens was written by Lin-Manuel Miranda – the creator and star of Broadway smash hit Hamilton.

12. Other notable noises: bears, walruses and all the cell doors on Alcatraz

Kids should thank sound designer Ben Burtt for some of the most memorable noises of their childhood. Want to know how he did it? The sound of Darth Vader’s breathing was recorded by putting a microphone inside a scuba tank regulator; Chewbacca’s signature Wookie gargle is a combination of bear, walrus, lion and badger sounds. The sound of Vader’s pod door closing in Empire is reportedly the sound of a whole block of Alcatraz cell doors slamming shut.

13. George Lucas lost a US$40 million bet to Steven Spielberg

“He said, ‘Oh my God, your movie is going to be so much more successful than Star Wars! This is gonna be the biggest hit of all time. I can’t believe this set.’ He said, ‘All right, I’ll tell you what. I’ll trade some points with you. I’ll give you 2.5 percent of Star Wars if you give me 2.5 percent of Close Encounters.’ So I said, ‘Sure, I’ll gamble with that.’”

Gamble is right. Star Wars made $775 million at the global box office compared with Close Encounters’ $304 million. Adjusted for inflation, TIME reports, “Spielberg’s edge could come out to as much as $40 million.”

The kicker? Lucas actually made good on his bet. (Doesn’t hurt when you’re a billionaire.)

May the Force be with you. 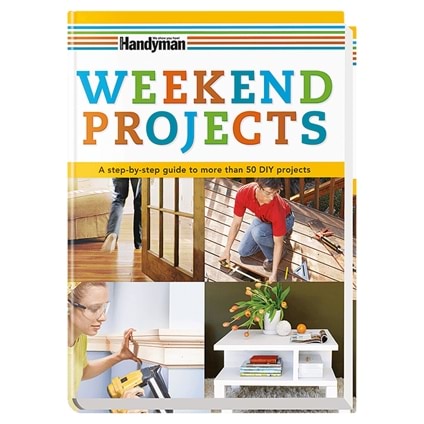 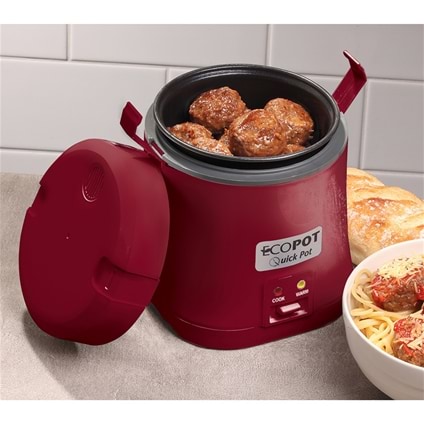 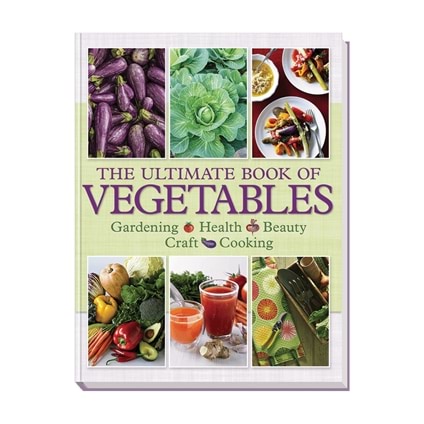 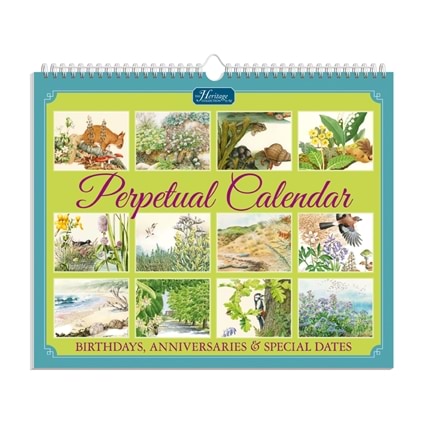 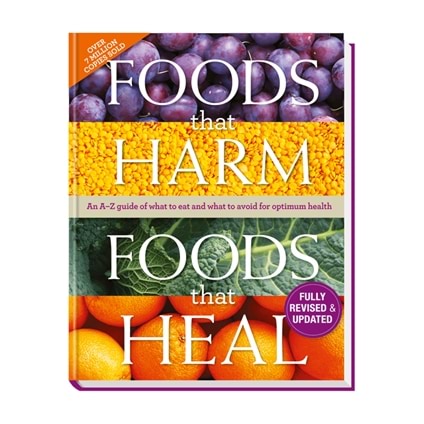 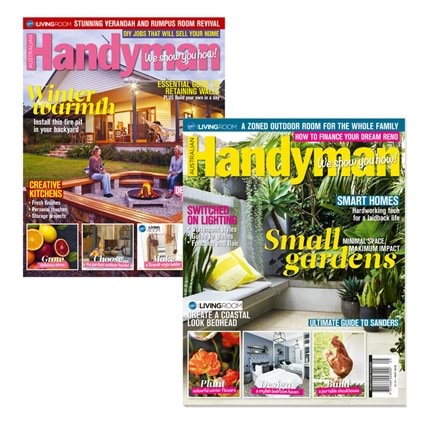